What are Spatial Triggers?

What are Spatial Triggers?

Spatial triggers forwards users to the next task once they finish the task at hand. This new feature improves user experience and helps user complete guides faster. Microsoft Hololens 2 Dynamics 365 Guides newest update improves the workflow between each task. Eliminating the need to say next step, gaze, or select the next button after each task.

As a 3D model under 3D toolkit in guides. Spatial Trigger reads the specified location such as the area where a user picks a wrench. After the user hand leaves that specified location guides will know to move on. Users will also receive a pop-up confirmation saying, “Next Step” and forward users to the next step. 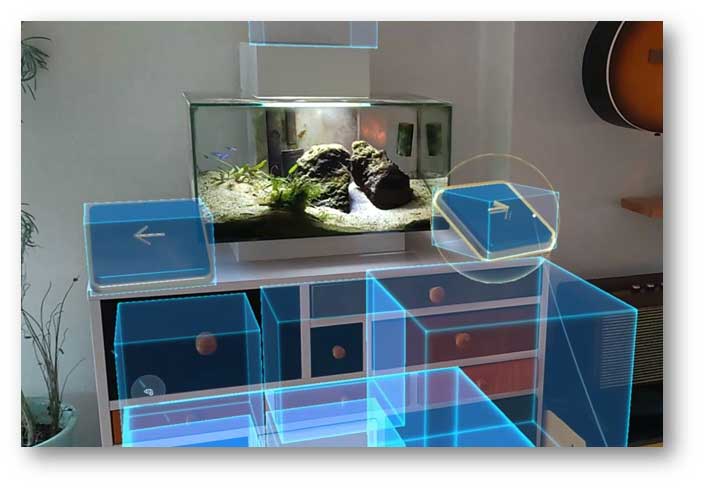 With harder tasks authors can also use “buttons” instead of spatial triggers boxes. When a task requires more than one motion, buttons are a creative way to still use spatial triggers. As shown in the image above user will be able to move forward or backward with ease.

How to use Spatial Triggers?

Guides authors should continue with their normal construction of each step card. Once complete authors will determine the location to place a spatial trigger. To determine the right location. The author should identify the users last location where they will complete the step. For example, the last spot the user’s hand will be to pick a wrench is the location of the wrench. With an invisible 3D box, user will trigger a cue that they finished the step and advance to the next step.

Of course, all tasks are not as simple as picking up a wrench. A spatial trigger box may not be the best idea when they clean an engine or a fish tank. Users will bounce back and forth between wiping an engine down and wringing a towel clean. For harder tasks authors can use “buttons” as shown in the image above. Once the user is complete with the task, they can push a button and move to the next step card. Another great feature with buttons is the users can also still say next step or gaze anytime they want. The user has control on the user experience as they can decide whatever works best for them with each task.

When to use Spatial Triggers?

Always start guides with gaze navigation. Not all steps will work with spatial trigger. Hololens 2 doesn’t actually read the user if they pick up a wrench. What Hololens actually reads is if a user exits the specified location. In the case of the wrench, Hololens reads that the user’s hand has enter the invisible 3D box. When the users hand exits the 3D box Hololens will trigger the next step. So, to determine when to use spatial trigger, authors should decide if the steps are simple. For more complicated steps authors should stick to gaze navigation.

Although most authors use spatial trigger to read users exit behaviors. Spatial trigger is an excellence safety system. If authors don’t want users to touch a specific location. They can place a spatial trigger before a danger zone and if they enter. Users will receive an alert about their safety before they touch a hot pipe for example.