Is Augmented Reality the Future for US Army Dogs? 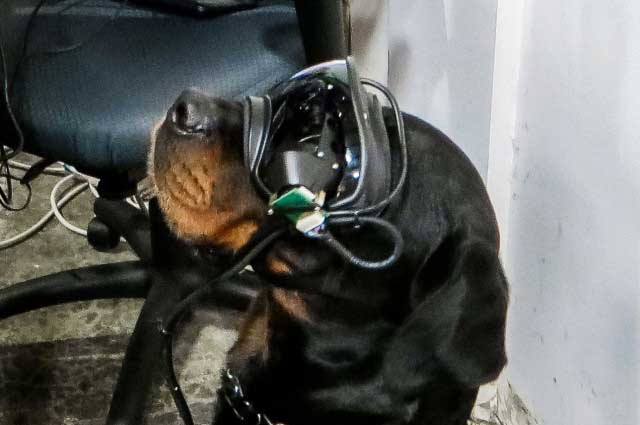 Augmented reality has been in use by the US Army to train soldiers. The army is furthering their use of augmented reality with their latest project using AR goggles for military dogs.

The military calls on dogs to scout explosive devices, hazardous material, and assist in rescue operations. While this keeps handlers away from the frontline. There are many times where handlers must remain within the danger zone. They must remain close enough to provide dogs with direction. Or in rescue scenarios handlers might not fit into tight areas and dogs are left on their own.

As the US Army experiments with augmented reality goggles for dogs. This will change how they protect soldiers. Dogs and AR goggles will allow soldiers to be out of harm’s way. While still able to provide direction as if they are right next to the dog. They will also be able to see what the dog sees from a safe distance. Although the army is in the early phases of this new project, they have described their early success as “very promising”. 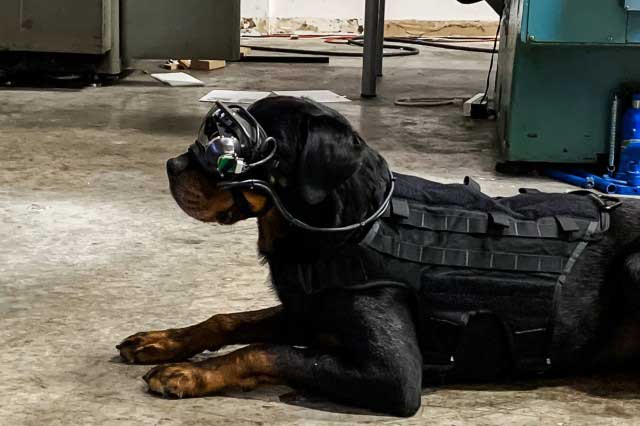 Current methods of communication between handler(soldier) and dog includes hand signals or laser pointers. These methods require handlers remain close enough to dogs. But this keeps soldiers near the frontline and within the danger zone. The simple answer would be to attach a walkie talkie and camera on dogs. However, The US Army has tried this and found that verbal directions can cause confusion for dogs. An example provided by the army found dogs would run around a set of stairs when they were verbally told to go up.

Augmented reality goggles are built with a custom design to fit each dog.  Goggles feature a visual indicator that directs dogs to a specific location and include visual cues. The use of AR is different for dogs than compared to humans. Instead of interacting with AR like humans, dogs receive cues and commands.  The army has found use of AR goggles has improved communciation between handler and dog.

How soon will we see dogs with AR goggles in the field? Engineers and researchers are still in the early stage of development. The army and researchers estimate they are two years from a fully working prototype. Future changes include wireless goggles. Dogs are still stuck to goggles with a leash(wires). But regardless of how the goggles will look like when the product is finish. “The system could fundamentally change how military canines are deployed in the future” according to the army’s press release.